Below is a list of keynote speakers from past National Service Training events. 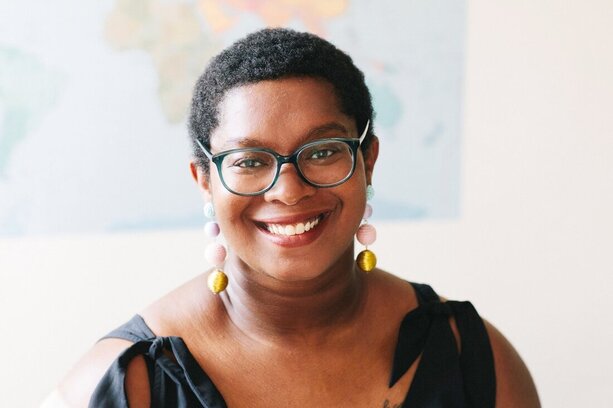 Ashley C. Ford is a writer, host, and educator who lives in Indianapolis, Indiana with her husband, poet and fiction writer Kelly Stacy, and their chocolate lab Astro Renegade Ford-Stacy. Her memoir, Somebody’s Daughter, will be published by Flatiron Books on June 1, 2021. Ford is the former host of The Chronicles of Now podcast, co-host of The HBO companion podcast Lovecraft Country Radio, seasons one & three of MasterCard’s Fortune Favors The Bold, as well as the video interview series PROFILE by BuzzFeed News, and Brooklyn-based news & culture TV show, 112BK.
She was also the host of the first season of Audible's literary interview series, Authorized. She has been named among Forbes Magazine's 30 Under 30 in Media (2017), Brooklyn Magazine's Brooklyn 100 (2016), Time Out New York's New Yorkers of The Year (2017), and Variety’s New Power of New York (2019).

Ashley is a proud AmeriCorps alum of the Midwest Campus Compact Citizen Scholar Program (M3C), an education award-only AmeriCorps program administered by Wisconsin Campus Compact which served 10 states, including Indiana. The program supported low-income and first-generation college students, and sought to develop a peer network that enabled these students to serve as agents of civic engagement to respond effectively to local community issues. Ashley served as an M3C AmeriCorps member from 2005-2006 as part of an afterschool literacy tutoring site in Muncie, Indiana. 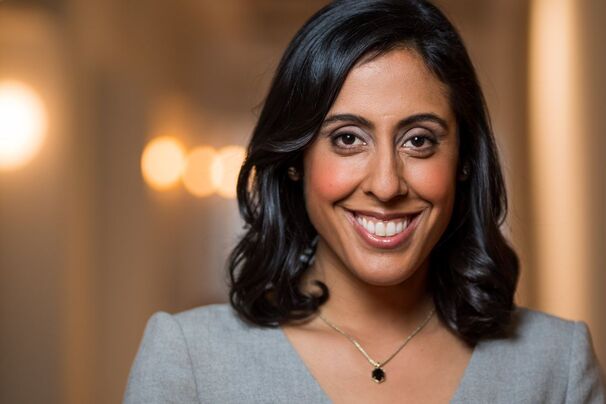 2021 Keynote Speaker:
Erica Dhawan
Erica is an internationally recognized authority on 21st-century teamwork, collaboration and innovation. Named by Thinkers50 as the “Oprah of Management Thinkers”, she is the author of two books, Get Big Things Done: The Power of Connectional Intelligence and Digital Body Language.

In 2021, the world of business is increasingly digital and work practices have changed at a blistering rate. Erica shares innovative strategies to unlock the collective power of teams, build a culture of trust across any distance and create authentic engagement to ensure competitiveness.

Rated #1 on the Top Women Keynote Speakers of 2020 and featured as one of the management thinkers most likely to shape the future of business, Erica frequently appears in Harvard Business Review, Forbes, Fast Company, and the Huffington Post. Erica speaks on global stages ranging from the World Economic Forum at Davos and TED to companies such as Coca-Cola, Fedex, Goldman Sachs, Walmart, SAP, and Cisco.​

Ann Mei Chang is a leading advocate for social innovation and author of the critically acclaimed book Lean Impact: How to Innovate for Radically Greater Social Good. She brings together unique insights from her extensive work across the tech industry, nonprofits, and the US government. As Chief Innovation Officer at USAID, Ann Mei served as the first Executive Director of the US Global Development Lab, engaging the best practices for innovation from Silicon Valley to accelerate the impact and scale of solutions to the world’s most intractable challenges. She was previously the Chief Innovation Officer at Mercy Corps and served the US Department of State as Senior Advisor for Women and Technology in the Secretary’s Office of Global Women’s Issues.

Prior to her pivot to the public and social sector, Ann Mei was a seasoned technology executive, with more than 20 years’ experience at such leading companies as Google, Apple, and Intuit, as well as at a range of startups. As Senior Engineering Director at Google, she led worldwide engineering for mobile applications and services, delivering 20x growth to $1 billion in annual revenues in just three years.
​
Ann Mei currently serves on the boards of BRAC USA and IREX. She earned a Bachelor of Science degree in Computer Science from Stanford University, is a member of the Aspen Institute’s Henry Crown Fellows’ class of 2011, and was recognized as one of the “Women In the World: 125 Women of Impact” by Newsweek/The Daily Beast in 2013. She is a keynote speaker who has been featured at TEDx MidAtlantic, SxSW, Social Good Summit, SOCAP, and Lean Startup Week, as well as numerous nonprofits, foundations, and government agencies. Follow Ann Mei on Twitter at @annmei and @leanimpact or visit www.annmei.com.

Vu Le is the author of the blog nonprofitaf.com and executive director of Seattle-based nonprofit Rainier Valley Corps, which has the mission of tackling systemic injustice by developing leaders of color, strengthening organizations led by communities of color, and fostering collaborations between diverse communities. He loves nonprofit work, has extensive experience in all aspects of it after nearly a decade of being an executive director, and thinks nonprofit professionals are amazing and brilliant and good-looking. Outside of work, Vu watches way too much TV—Game of Thrones, Walking Dead, Archer, Golden Girls, stop judging—and spends time with his wife and two small children, ages 4.5 and 1.5 years old.

Vu is also a proud AmeriCorps alum who served two years in Seattle from 2005 to 2007.